It, s really an interesting or confusing question, isn’t it? Now I will help you to better understand, what color is a tennis ball? So don, t worry, let, s go to debate. I am just kidding.

Are these tennis balls yellow or green? 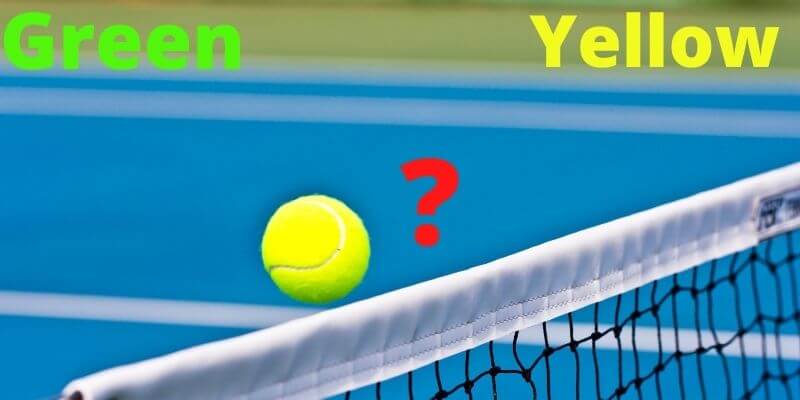 In 2015 a survey report showed that voted on social media. On Twitter that week to answer the question. Are Tennis balls yellow or green? On the other hand, Two-thirds said yellow but a third of voters say they view the balls as green in color.

Miami Open Roger Federer has clearly told to in front of her fan what color a tennis ball? It’s ” Yellow ” right. Now the International Tennis Federation (ITF) what to say about this? They said the standard color of tennis balls is yellow or white.

Also, The yellow color is often referred to as ” Optical Yellow ”, the seams are typically white or light gray color.

What color do you think these tennis balls are?

Is it confusing right now? You are not able to compare which color is it. However, they are never green, but if you think it, s green it’s likely you just have a unique perception of color.

But when get very dirty or look old while it, s tend to start looking more greenish-yellow. In the playing of tennis when you need to tennis balls hoppers to store of tennis balls. 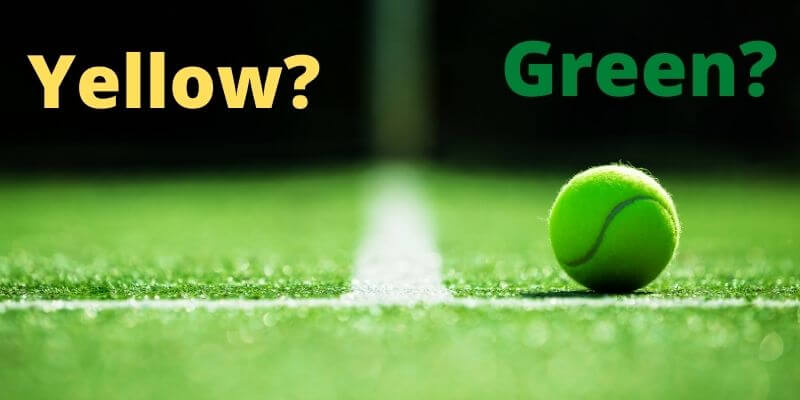 What color do you think a tennis ball is?

It, s seems a simple question, the tennis balls are obviously yellow in color ” Right ”. But some people say they are obviously green and greenish-yellow.

Also, some people say they are both colors green and yellow color tennis balls, One person said that The Wimbledon grass is green so it can not be green.

ITF launched a campaign in 2011, called “Play and Stay”. The purpose of this campaign was to encourage more people to play tennis worldwide.

To do so, three different balls were introduced aside from the “optic yellow” ball used by adults age 19 or above. All these stages encourage to play tennis and practice tennis balls as well.

So enjoy your tennis play with is a tennis ball green or yellow?

So why do some people see different colors?

We know some people are not able to see the adjunct color of anything. They are called color blind. Like Mark Zuckerberg, isn’t clear to see green and red that why Facebook icon color in blue because he is able to see blue color clearly.

Now, if you have any doubt still now, try to buy some Tourna pressureless tennis balls and play or practice. We absolutely suggest if help you understand, what color is it.

Playing tennis, you have a lightweight tennis racket to play here in this post we reviewed Babolat Drive please check it out

What’s the real color of a tennis ball? Science has the answer.

Possibility of Tennis Balls are Yellow or maybe Green

At the beginning of the tennis era, it wasn’t until 1972 that tennis balls took their bright neon hue. When the Attenborough was a studio controller in BBC on time in 1960 he had led the charge of the BBC t [o broadcast Wimbledon, It is one of the most iconic tournaments when they expressed in color for the first time ever in tennis.

Further, the International Tennis Federation (ITF) undertook research and found that the yellow color tennis balls were easier and smooth for the home viewer to see on their screens

After An official 1972 ITF rule had changed. They suggested that all regulation balls must have a uniform surface with the color white or yellow. When the Tv viewers faced difficulties At that time, Wimbledon did not change the color to yellow until 1986.

What is the official color of a tennis ball?

Because the unmistakable shade of the tennis ball is officially called ‘optic yellow’ by the International Tennis Federation.

Why are the tennis balls yellow?

Because the (ITF) undertook research that found that yellow tennis balls were easier for home viewers to see the Tv or any screens. Also, An official 1972 ITF rule change required that all regulation balls have a uniform surface, it’s white or yellow in color. 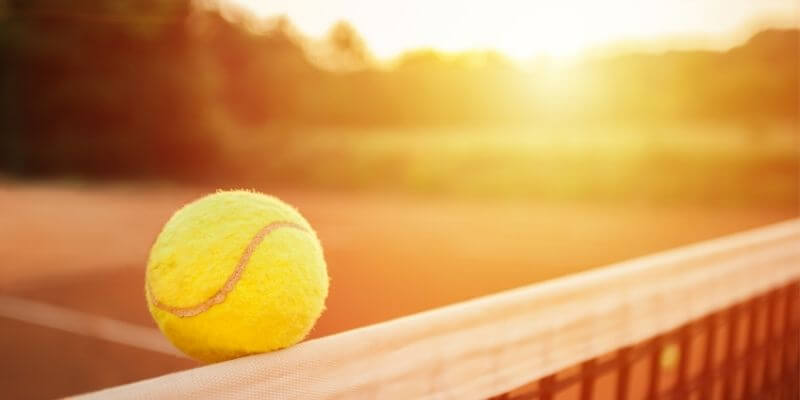 All of this discussion is really positive for who is tell yellow and who says green. They should understand and if you think this is still now confusing what color is a tennis ball? so please read again.